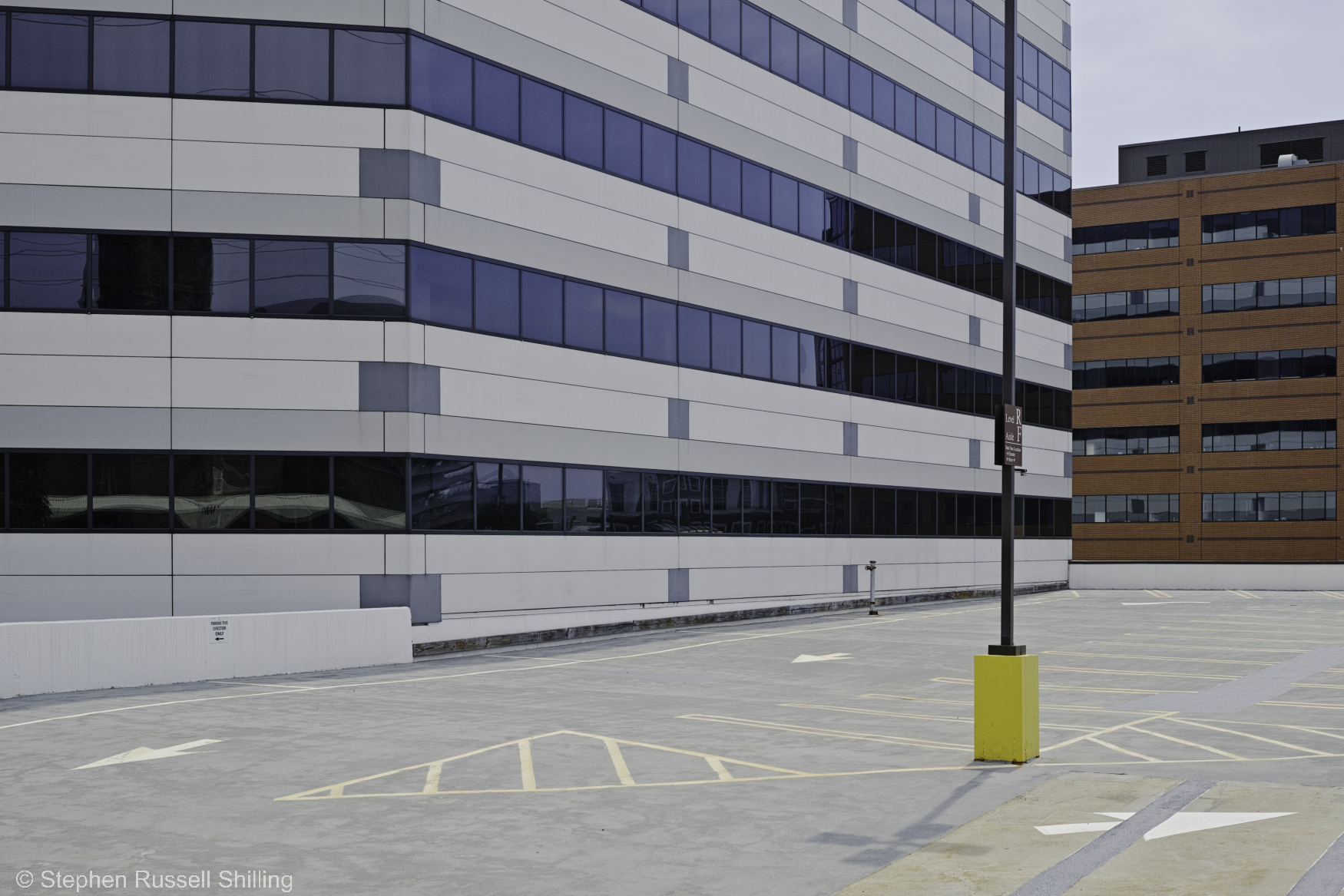 Yesterday I met up with a friend in New Brunswick (NJ). We were hoping to get a bit of writing done. I took a train North, while she took a train South, we met in the middle roughly equidistant from where we each live. Neither one of us are terribly familiar with the area, though I spent a brief amount of time during my college years living with an ex-girlfriend of mine. I arrived first and walked to a park, the train station in sight. I, like many writers, often–almost exclusively–write in solitude, in my kitchen, a usually controlled environment where my dog seems to always understand what’s going on. I had no idea what to expect, how I would perform writing outside of my kitchen.

When my friend arrived we had small trove of poems and passages of prose to share with one another. For her, I offered up Wisława Szymborska‘s poem Elegiac Calculations (from the collection View With a Grain of Sand translated by Stanisław Barańczak and Clare Cavanagh) which I had read on the train ride up. The sheer cleverness of the poem, the way it volleys the reader between the absolute and relative, (to possibly stretch a metaphor) the way it gives no anchor, no mooring with which we can secure ourselves to. It made me laugh out loud. My mask had no chance at stifling it, and I wish I could provide a link to it.

The passage of prose I wanted her to read was several pages of Colin Thubron‘s brilliant book Shadow of the Silk Road (which I previously wrote about here with undue criticism…it has since become one of the few books I think about at least once a day). The section I highlighted were pages 171-179 and tell a beautifully documented story about his time visiting a rural village in Kazakhstan, the hospitality shown him, a brush with death, and a brief yet poignant glimpse into his own thoughts about what he was doing as well as why. Perhaps sometime I will write an entry here specifically about that portion.

At some point we settled down to write. I had never written with someone before, and had never had much success writing outside of my apartment, I am far too easily distracted. However, I found that writing with someone adds a level of expectation. I had thought this would make me anxious and paralyze me, but instead it really helped force me to produce something. Anything. I just needed words on the page. Start with a few, make sure it resembles a sentence, then follow it up with another.

I am awful at coming up with something out of nothing. It gives me a measure of imposter syndrome. How can I call myself a writer if I seemingly cannot access my imagination when I need it? I should be able to snap my fingers and, like an obedient dog, make my mind jump through hoops conjuring magical realms, interesting characters, and fully realized plots…right? Nope. That’s just not how it works.

As a way of solving this problem before it cropped up, I had brought a book of Stephen Shore’s photography with me. Those familiar with his work know that they seem like images primed and ready, steeped in stories that, if you could just see outside the frame, would reveal their reason for being. They are snippets of life. Standout moments of lightly elevated banality. Screw it, there is no good summary for his work. Do yourself a favor and have a look for yourself. (Used copies here) (Some images from Uncommon Places)

His work is Nabokovian for me: Exposing so much, and yet leaving so
much room for your imagination to roam and do what it will.”

Tennessee Williams speaking about the work of Stephen Shore, 1982

Simply put, we used his images as visual prompts. The results are below, copied directly from the page without edits.

Twenty eight light bulbs. One is red. Four are yellow, fourteen have frosted glass while the rest are clear, their filaments suspended in a vacuum. Twenty eight options lay before me and I have no idea which one to choose. I’ve been staging window displays for years, and while you’d think something as basic as selecting a light bulb would be so simple it needn’t a second thought. It really isn’t though. The light is the mood of the display, it’s the life of the whole thing. There is so much power in light, it’s warm glow can comfort or entice, it can blind and bedazzle, or it can take on a sultry air suggesting a passionate affair. But this is a hardware store, so I suppose red can be knocked out of the running.

I’ve set them all on the floor. I’ve been staring at them for the past hour or so, maybe longer. Their long shadows suggest that it might be time to clock out for the day. I’m not sure I’ve accomplished anything, and I think of how foolish it must seem for a storefront display designer to have spent an entire day with nothing to show for themselves. I am, after all, a professional. I have a reputation to maintain.

The truth is I don’t care. I don’t care about my reputation. I don’t care about the time it takes to select a light bulb. It’s an important decision, and while surely I could engage in a persuasive discussion should I need to justify my hours spent, surely I could. I could rattle of the importance of color theory, and the effect that certain lights have on the brain. I could talk about energy consumption. I imagine myself with the large, almost spherical 250 watt bulb in my hand, brandished like a delicate club, your modern day prehistoric fight scene all happening behind the glass windows, my own theater, a stage for passers by. I laugh at this. It’s ridiculous, of course. I don’t care enough about my reputation. I know that I should. After all, the quality of my work builds my reputation up, while the quality of my person has every chance of tearing it down.

[Transition to talking about how the store owner is an old man who is losing his memory. He spent 45 minutes, insisting the entire time that he had a bulb that would fit the overhead receptacles. The vast majority of these are the right diameter. Some are ludicrously over-sized, and others are the shape of tubes and would be glaringly out of place, their exposed bulbs sticking out of the ceiling like eels in the sea.

The man has memory problems, the entire day was spent gathering light bulbs, replaying the same request over and over again, while I accepted each new bulb, not knowing how to interrupt. The truth is that I’m not being paid, that the shop owner is my grandpa…maybe.]

Every morning I walk the same route. My house is at the top of a small hill. It’s a popular spot for young children who fly down the pavement on their skateboards. Similarly, I always notice that cyclists, who for some reason always seem to be older, can’t help but break into a relaxed smile as they fly by on their bikes, their legs resting, the rider not yet aware of their numbness.

It’s early morning and I’m admiring the gradient of pastels in the sky above the water of the bay. What begins as a subtle, almost mauve—right? That’s the sort of tired purple color, isn’t it?— blends into a thin band of pink, then weary yellow, dirty green, and finally a long stretched out blue, like water color that’s got too much water in it. Many people love to talk about the sunrise, how it energizes them, and the magic time when the world wakes up. To me it all just looks tired. That’s not a bad thing, being tired. It’s understandable.

I just don’t think we should kid ourselves about the state of the morning. It’s as though by applying this cheerful perception or misconception of what happens in the morning we give ourselves something to aspire towards, something to model our mourning disposition after. We should wake up happy because the world wakes up happy. Color returns to the day and all the birds sing, and blah blah blah. Well, I’m out here before the sun rises. I have a secret for you. I’s the secret that all us insomniacs, night-shifters, and general social dissidents know. The first bird calls can be heard long before the sun rises.

I’m generally aware of the first bird chirps around four in the morning. A quarter after for, to be more precise. They wake me up from my haze, the nightmarish blank page before me. I push back my chair, grab a light jacket and head out. I say a little thank you, in my head, to the birds each time I pass through the threshold of my front door. It’s got to be quiet though. i don’t want them getting an overinflated opinion of themselves. They’re living alarm clocks to me. That’s all.

I’m fairly certain that every town has streets named after trees. They all have their Maples, their Spruces, their Oaks and their Pines. For whatever reason, all these streets run parallel to one another. Have you ever noticed that? You can’t walk from one tree to the next, you’ve usually got to take a number to get there. And with that said I’ve just turned onto third.

I’m headed to the Public Market. It’s at the bottom of Pine and is my turn around spot every morning. Usually by the time I get there my favorite cafe is open. I’ll grab a cup of coffee, and listen to the rest of the town wake up. That’s where I end my adventure and where it seems like everyone else starts their days.

It’s a landmark, so to speak. I think it’s been here for sixty years and was started by… [Saved by the alarm. 20 minutes of writing and I realized I was stuck at the last second.]

I enjoyed the experience and found the image a helpful tool. As I said I’m awful at simply whipping up an idea for a story out of nothing. Using the photographs was a great way to drop me into a setting and provide some boundaries or parameters for me to focus on. I always struggled with open-ended questions, or questions which called for an open-ended response. I often use the analogy of bowling with the lane bumpers on. Whatever they’re called. There’s probably a better analogy, but this one works for me. The image is the setting, the lane I have to stay in.

I’m proud of what I’ve written and the fact that I was able to write them in such short amounts of time. The first writing session was not timed, but probably lasted between 15 and 20 minutes. The second session was limited to 20 minutes. They both could be better, and because of that I plan on working on them in the coming days and weeks until I have complete stories.

Who knows, maybe I’ll reach out to Mr. Shore, send him the stories, and let him know how useful his photographs are as writing prompts. In the very least, I do hope that should he find this blog post, he graciously excuses my reproduction of his images as fair use.

Before leaving New Brunswick, I made a portrait of my friend, Brei, seen below.

Milan Kundera – The Unbearable Lightness of Being [F]

Wisława Szymborska – View With a Grain of Sand [P]